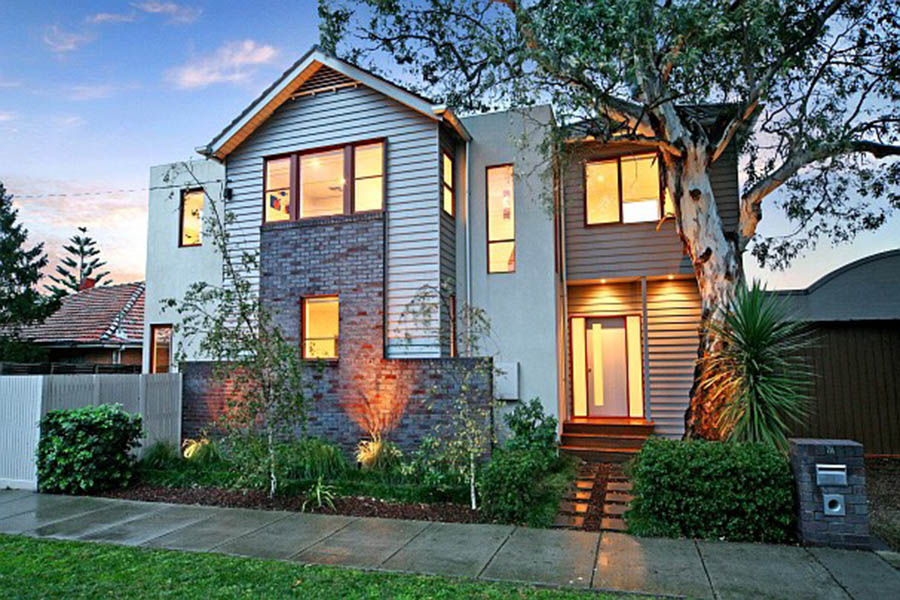 This one of pair of semi-detached townhouses were built either side of a remnant vegetation River red gumtree sitting two thirds along the length the narrow rectangular corner block.  As such the tree not only influenced the siting of the house, its trunk and colouration also influenced the choice of finishes we used, internally and externally. Sadly due to a fungal disease the tree has since been removed although its influence on the houses remains. 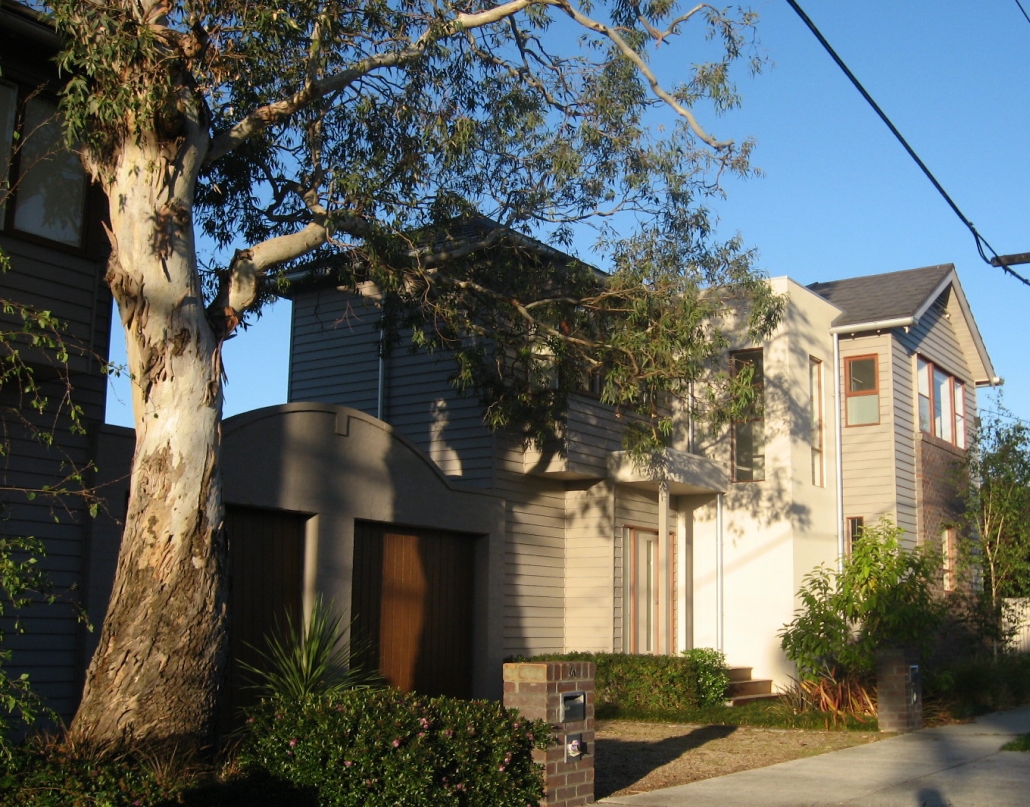 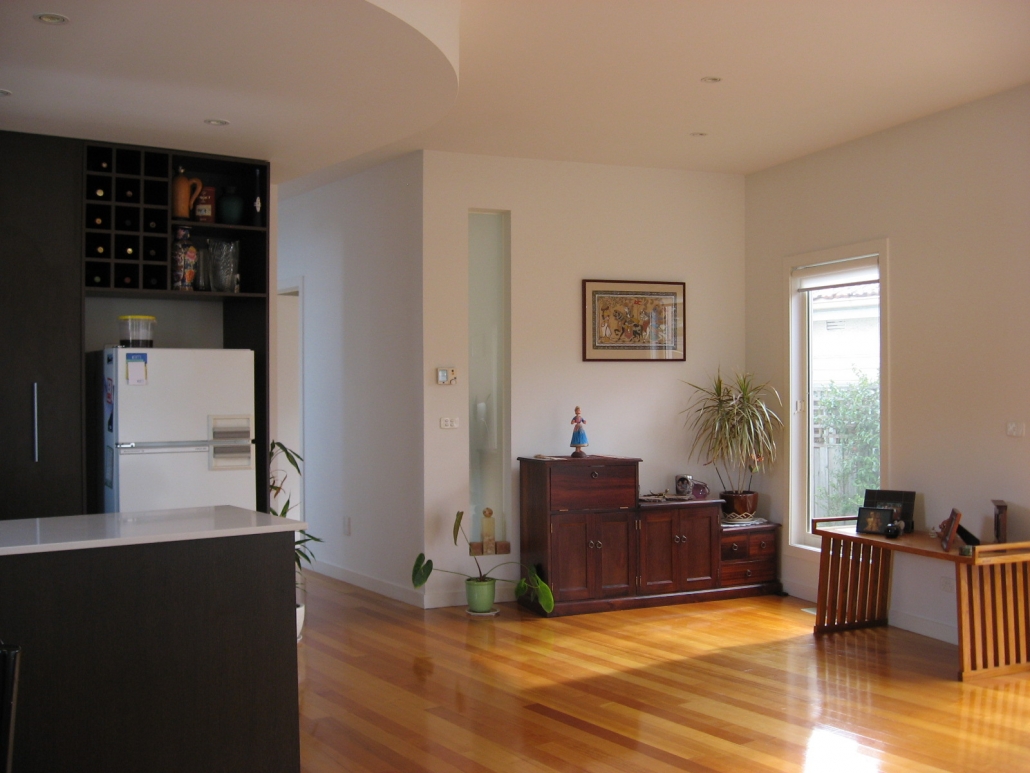 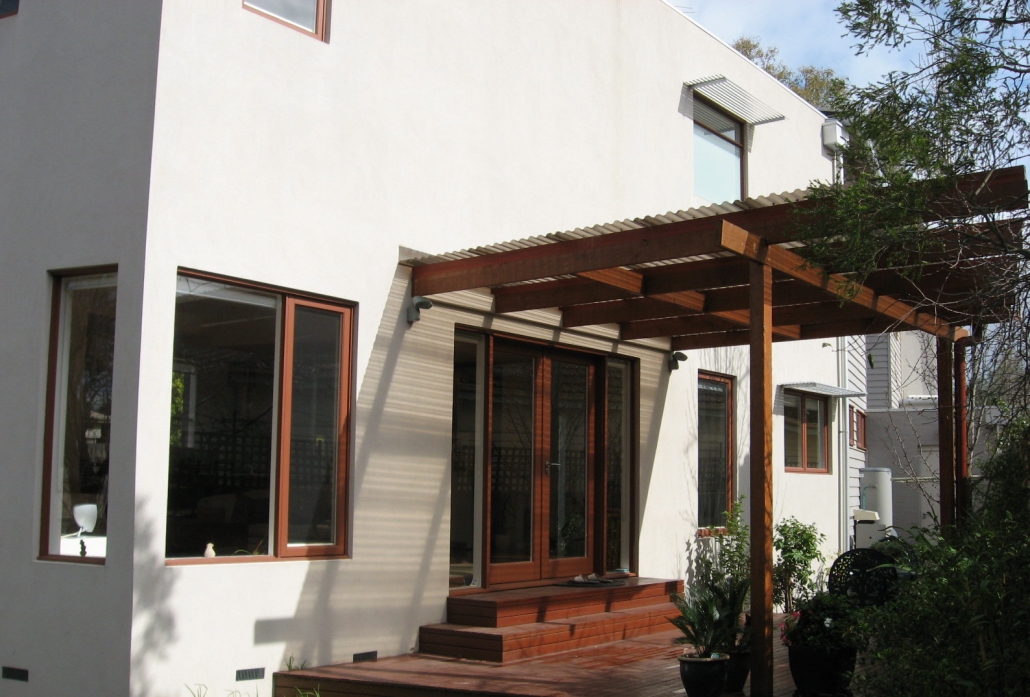 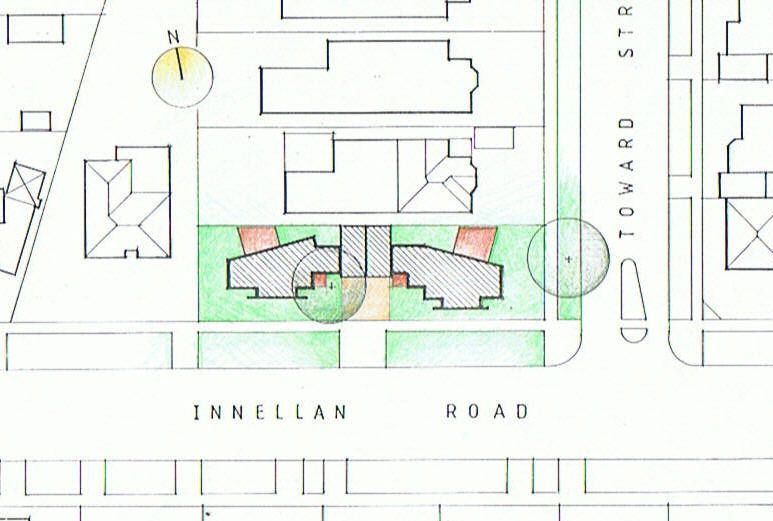